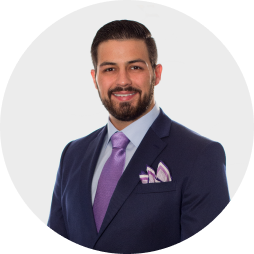 Joshua Rose is a Partner at Oak Square Advisors. Prior to the founding of Oak Square, Josh was contracted as an advisor to the BENCOR Special Pay Plan for multiple school districts and state colleges across Florida.  His role entailed providing advice and assisting clients in, or nearing retirement with the creation of their financial plans using their assets held in the IRA, 403(b), 401(k), 401(a), Roth IRA, and 457(b) tax codes.

Additionally, Josh has worked side by side Oak Square’s Founder since 2010. Together they forged and built the client relationships that make up Oak Square Advisors and it’s nearly $100 million of assets under advisement. Josh played an intricate role in the creation and implementation of their financial plans and still does so to this day.

Originally from Southwest Florida, Josh was a highly talented athlete and was drafted out of high school by Major League Baseball’s Minnesota Twins. Deciding to put his education first, Josh attended Lee University where he obtained his Bachelor’s Degree. He focused his studies on business administration and finance. He later pursued his professional baseball career; however, injuries forced his life in a different direction.  Concentrating on financial planning, Josh brings that same work ethic, focus and passion that he had for baseball to helping his clients on a daily basis.

Joshua currently resides in the Lake Mary area with his wife Sage and their son Jaxon.

See the Rest of Our Team

We’d love to talk with you.

CALL US TODAY AT (407) 599-2300 to start a conversation.  Or, If you prefer, click the “Book Now” button below to easily schedule your complimentary 90-minute initial consultation to sit down with our Founder, Danny Gay, AIF®, or Co-Founder, Josh Rose, AIF®.  We have offices in Winter Park, Sarasota, and Jacksonville (or we are happy to speak with you by phone or video conference).